What Tiger Woods Can Show Us About Sex Addiction: It Begins in Childhood

What Tiger Woods Can Show Us About Sex Addiction: It Begins in Childhood 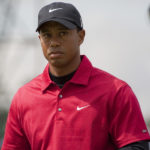 Recently, Josh Feinstein wrote a column for CBS Sports opining that Tiger Woods' father ruined his life. Even though I don't regularly follow golf, this caught my attention, because I completely agree with Josh's assessment of the situation.

Tiger Woods is a publicly visible, but still tragic reminder that role modeling is how we learn to live our own lives. In Tiger's case, he watched how his father lived, and he lived in reaction to everything he saw, heard, and felt. Parents are the people who write the code for the "software" inside our brains.

A father is the role model for manhood. I have no doubt that Tiger witnessed his father messing around, and therefore learned to adapt and emulate that exact behavior in his own life. And while we cannot really blame his mother for also living in reaction to Earl Woods' behaviors, her passivity probably led to an expectation in Tiger that all women would react similarly to a philandering husband.

In short, Tiger had two parents who were a perfect model for "getting away with it."

It Always Catches Up With You

Tiger is the product of his environment. Although he is massively talented, his actions caught up with him just like they would anyone else. Fame, wealth, and notoriety are not shields against the way human beings will react when they are betrayed with sexual addictions.

Tiger lost his marriage and was raked over the coals in the press as a result of his actions. No matter who you are, and no matter how crafty you think you might be — if you don't understand the concept and importance of intimacy you are doomed to wind up in the same situation (as Tiger did) again and again.

In my own personal case, I had a father who bragged about his infidelity. He would do this in front of me as a child, while also demonstrating absolutely zero affection or intimacy toward my mother. When it came to sexual feelings, I was like a dog hearing a whistle. I had no idea how to appropriately express love, affection, or intimacy. For me, it was purely physical – and I lost two wives because I didn't understand what I was doing or why.

I was in my 60s before I was really able to grasp the meaning of intimacy (into me you see). Tiger's father may have set him up for a similar situation in life. With proper sex counseling, he may begin to scratch the surface of connection and intimacy.

While any sports star is likely to encounter physical injuries, I do find it interesting that in Tiger's case, all of his injuries seem to have come after the fall. That is, the emotional fall that he experienced after his marriage fell apart.

I used to love watching Tiger play golf — and this is coming from somebody who is admittedly not a very big golf fan. It was amazing to see the skill he possessed, but it was also amazing to me how fast he blew out because he was unstable.

According to medical research, physical ailments can start with emotional issues. If you are emotionally drained, you may be more prone to pulled muscles, or sprained joints. Could that be what has happened to Tiger Woods? Could the emotional ruin from sexual compulsion be contributing to his more frequent, and more serious sports injuries? I am willing to bet that it is.

There is no question that you must have a big attitude to pull off the amazingly successful career that Tiger Woods had. Sports stars are often known for their confidence — if not in all things, at least in their own skill and training. However, in Tiger's case, I think confidence was at the root of both his skill and his eventual downfall.

He was taught that his father's way was the only way, so when that backfired, suddenly the foundation of everything he thought he knew was completely shaken. Everything in his life began to shift towards the negative.

What to Do Now

There are a lot of men out there who have been living in response to the software that was coded by a dysfunctional family. If you never had a role model to demonstrate true intimacy, connection, or respect for an intimate partner, then you will not be able to incorporate those things into your life — unless you have help.

I dedicate my practice to helping men in these situations learn how to rewrite the corrupted software. We start from the bottom, relearning everything. Together we can improve your life. All it takes is a willingness on your part to turn your life around.

When all of this news about Tiger's infidelity first broke, I sent him a copy of my book. I recognized his situation immediately and hoped that the information contained in my book might help him start down a more positive path.

I wonder if he ever received that book.

2 comments on “What Tiger Woods Can Show Us About Sex Addiction: It Begins in Childhood”