The Gollum Factor: A Portrait of Your Inner Addict

The Gollum Factor: A Portrait of Your Inner Addict

Often, those going through sex addiction recovery have some common roots buried in our pasts. As kids, 50 to 60 percent of us grew up in a broken home — one parent did all the parenting and household duties. If this describes your childhood, then you never had the advantage of seeing a couple working together as a team. You never got to understand the value of a loving, thoughtful, and respectful relationship, because it wasn’t played out in front of you.
Or perhaps your parents did stay together in their marriage, despite it being unhappy and unhealthy for everyone involved. Even in these cases, the common theme is that no one was there serving as a healthy relationship role model. Although both parents might have been physically present in the home, there was no indication of thoughtful, loving, and sweet behavior. Therefore, no one talked about or impressed upon you the importance of intimacy, as opposed to just sex. Instead, sex became a recreational habit or a mechanical response to stress. There was no deeper meaning to it for you, because nobody had ever told you there should be.

This all relates back to a concept in psychology called “Object Relations Theory.” This theory concludes that a young child can’t hate his parents. There’s simply too much at stake. Think of yourself as a child, and how dependent you were on your parents. They were the providers of food, shelter, and protection. Even if the parents mistreat the child, the child doesn’t think there’s something wrong with the parents. Instead, he turns all the fear, anger, criticism, and blame back on himself. He makes himself the bad one, the one who is wrong and deficient. Object Relations Theory talks about this wrong, bad image of self as the Internalized, Negative Self Object (INSO). A simpler way of understanding the INSO is to put it in terms of The Gollum Factor. 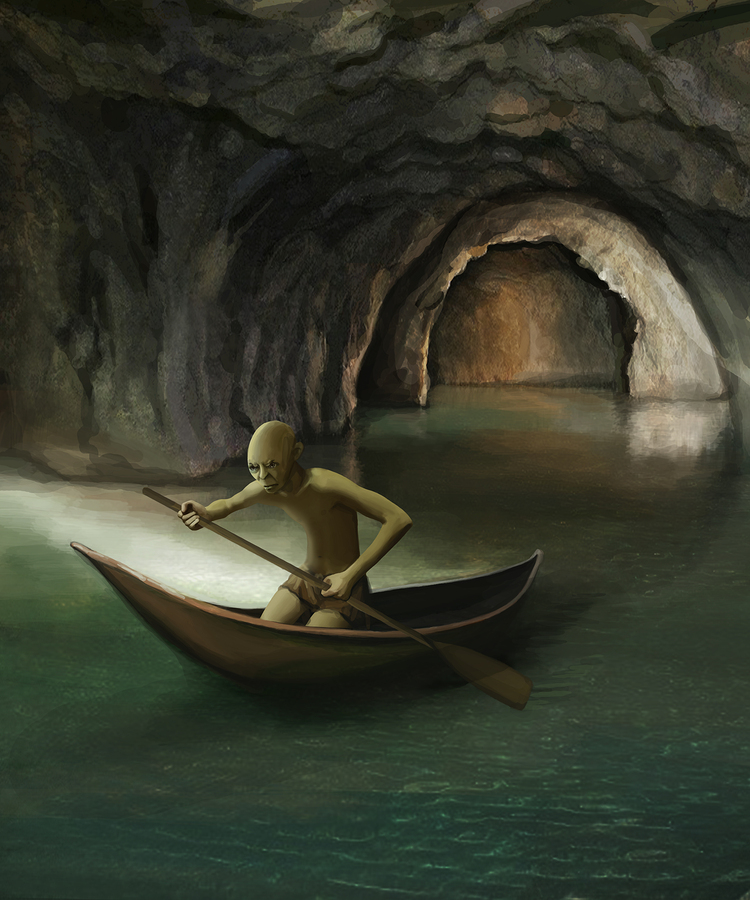 The character Gollum from Lord of the Rings is an excellent representation of not only the INSO concept but also the addict's brain. In those movies, there are several instances where Gollum appears to be split into two versions of himself: the rational, calm Gollum trying to keep himself out of harm's way, and the desperate, clutching, addicted Gollum, willing to resort to anything to get his ring back.
My sense of myself in sex addiction recovery is that I had an internal Gollum. Just like the character, there was someone desperate for love and intimacy (my version of the ring). Instead of seeking it out in healthy ways, my Gollum-self (my INSO) resorted to acting out, hiding, lying, and being sneaky in ways that harmed those around me.

Gollum is a tragic character because he so perfectly encapsulates the INSO. We, as the audience know that it's really the evil of the ring causing Gollum to lose his mind and sense of self. However, in the films, he is so in love with the ring, he instead begins to blame himself. He gives himself entirely over to the power of the ring, to the point where it makes him twisted and ugly.

It’s much the same way with children who came from unloving homes. While it's easy for an outsider to see the hurt and aggression heaped upon the child, the child himself cannot see it. When you blame yourself, you turn all the fear, shame, pain, self-doubt, judgment, and anger back towards yourself. You create that inner Gollum, just like I did. Understanding that you are not your inner Gollum is one of the biggest steps you can take toward your sex addiction recovery. To learn more, reach out to us at Neulia Compulsion Solutions.