Sex Addiction is Not a Myth

Sex Addiction is Not a Myth

Some have called sex addiction just a myth. Is that accurate? 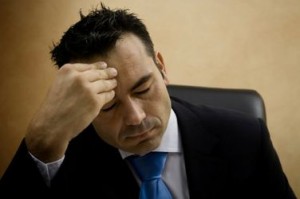 My practice and my life is filled with hundreds of brave men and women (mostly men) who realize that compulsive pornography and sex is ruining their lives. Many who see me have either lost their spouses, jobs, children, obscene amounts of money. Some are near suicide. Many have been sexually molested physically or emotionally or both. Most have suffered some profound trauma that would make a grown man cry. I know because I do.

If someone lacks the conscious awareness of choice, he or she does not experience choice. Of course we all have choice, the choice to use drugs, drink, gamble, or have sex with a prostitute, or not. My clients, honorable successful men, good men, have made choices that bring them great shame, deep depression, and some closer to death’s door.  Dismissing their poor choices to character defects and weakness may be simple, but it's just not true. The work our clients do to get free is hard. I help my clients understand why they are stuck in a cycle of choices that cause them to hurt themselves and others. We help them make better choices.  Severe traumas, both physical and emotional, are overwhelmingly at the root of shameful and harmful sexual behavior.

The Myth that Sexually Compulsive Behavior is Not Addictive Like Drugs or Alcohol
Anyone who believes this, must never have met a real sex addict. Let me rectify that.  “Hi, my name is George.” During my years as a sex addict, I suffered physical pain when my drug of choice was unavailable, and the emotional withdrawal was crippling.  Many clients report similar experiences over and over again when abstaining. With no sex or porn some of them turn to drugs and alcohol to numb the pain of withdrawal, these are called cross-addictions. I see physical and emotional pain every day.

Viewing Sex Addiction as a Myth, Actually Perpetuates a Harmful Myth
Claiming that sex addiction does not exist, claiming it's only a poor excuse for aberrant behavior, trivializes the suffering of millions for whom this simple two-word phrase provides critical support for learning more about themselves, their behavior, and how to make better choices. Instead of helping them, this kind of dismissive, “get over it” language hurts.

Granted, science doesn't have all the answers. I will leave the academic debate over what to “officially” call the sex addiction crisis to the academics. I’m too busy helping men put their lives back together. I know this problem exists, I’ve lived it and I see it every day. “It,” whatever “it” is, is ruining lives in record numbers. I, along with the overwhelming numbers of doctors, therapists, and addiction scientists, call “it” sex addiction.

George and his team practice from their offices in Walnut Creek, California in person and via phone with men and women from all over the world who are suffering from the results of sexually compulsive behavior. They also offer counseling and support for wives and partners. As a recognized expert, he's appeared as a guest on local, national, and international radio and television shows.

9 comments on “Sex Addiction is Not a Myth”