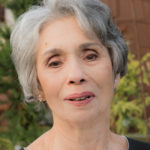 In my view, such beliefs are rationalizations for the pedophile’s unintegrated emotional issues around true adult relationships and intimacy. As such, those I call “pedophile proponents” are a menace to society. So what can we do to limit this danger?

We live in a culture that sexualizes (primarily for profit) almost everything and anyone, including children. This sexualization results in objectification that is the polar opposite of true romantic and intimate connections.

One step we can take is to become aware of and truly wake up to the daily barrage of such messages that inundate the ads we see, the commercials that try and influence us, and even much of the television and movies that we experience. The point is that our culture has fed the distorted views of pedophiles in their confused thinking that sexual attractions to children are normal. They are not.

Who Are the True Victims?

The article I’m referencing disputes the accuracy of the DSM (the diagnostic manual that physicians and therapists use for labeling behaviors) which currently links pedophilia with criminality. In other words, these pedophile proponents want pedophilia decriminalized which would leave our children even more vulnerable to such predators. The pedophile proponents are also against sex offender notification laws. What they are doing is attempting to turn the pedophiles into the victims, as opposed to the children who are the true victims of the pedophiles.  Such reasoning is dangerously delusional and must not be allowed to continue.

These pedophile proponents have also attempted to link the “persecution” of pedophiles with how homosexuality was regarded prior to laws that decriminalized sodomy. But this is a dangerously false comparison. Homosexual behavior between consenting adults harms no one. Sexual relations between adults and children can have disastrous effects on children. Pedophilia is not a sexual orientation; it’s a criminal act.

Child Abuse Must Not Be Tolerated

The article advocating the decriminalization of pedophilia mentions Dr. Fred Berlin of The Johns Hopkins University who “refused to report pedophiles under his care who were actively molesting children.” This is equivalent to superiors in the Catholic Church covering up the sexual abuse of children. Failure to report such acts of damaging behavior to children should be brought to light and even prosecuted whenever and wherever possible.

What the pedophile proponents are trying to do is change the labeling of child abuse. They want to call those who engage in illegal acts with children “Minor Attracted Persons.” That is their attempt at “normalizing” what they term non-normative sexualities. Such thinking is a danger to those too young to defend themselves.

Consequently, as loving and caring adults, we must defend the rights of all children to grow up unmolested. To accomplish that, we must fight back against the rationalizations and distortions that pedophile proponents use to justify the abuse that can devastate the lives of not just children, but of the adults they ultimately become.