Letter from a Client’s Wife to Her Husband

Today I went to the store with the kids. When I walked down the aisle with the greeting cards, I stopped and decided to buy a card for our anniversary. I read through many, and put all of them back. Nothing was right. All of them said things like “Life has always been so much better with you in my life” or “I know we will be together always.” True, Bobby was on my leg yelling, but regardless I was not able to find a card for you for our 14 year anniversary. I walked away and realized that things are not okay. 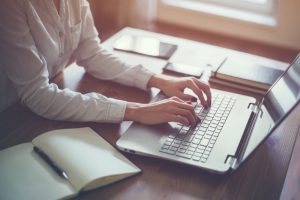 When I first came across your e-mails in January, I felt like I had been kicked in the stomach. My head was spinning for days…weeks, and I did not know how to deal with all of the pain. I was ready to leave the first day, but then I took a step back and thought about it. I knew that by leaving you, you would have nothing to get well for. So the first few weeks, I pretended that I was considering staying with you, even though I was convinced that it was over. I just needed you to get well first. The backwards thing was that in my mind, it was immediately all about you. I did not feel sorry for myself, or go on anti-depressants. Instead I worried about you getting well. Not telling my family because I did not want them to think bad things about you.

When I saw that you had called that girl on your trip, I knew I was fooling myself to think that there was a chance. I needed you to come clean so that I could have closure. When you sat down and told me everything, it was so dramatic that I had to mentally pretend that it was happening to someone else. I just stared at the wall and took it all in. And it was that night that the images entered my head that still, to this day, haunt me.

After that night, you moved to the basement and I made a decision. I would stay with you just long enough for you to get well. Then I would take the kids and leave. I felt that I would never again be able to look at you, sleep next to you, or have you in my life. It was simple. I have only been in love once in my life. Every time I looked at you I did not see the man that I fell in love with, but rather the person who killed my spirit and broke my heart.

The next three weeks were the hardest three weeks of my life. I got so tired about hearing that you were having good days, or that you were seeing George, who was going to cure you. I know that you learned from him how to make situations into flashes…well my flashes were of you hugging, kissing, and having sex with other women. They were “flashes” of you driving and having phone sex while I was home with the kids. Flashes of you hiding your ring and having drinks at a bar and then making me feel guilty for questioning anything you ever did.

When I talked to George the first week of April, I made a comment and said “If it works out with us…” and he was shocked. He asked me if I was considering leaving you. I thought “Of course I am leaving,” but I played on. Each day I put 110% of my focus on the kids and had to ignore the 20 to 30 thoughts I had a day of the things you did. You have to imagine my situation. When you sleep tonight, I want you to dream like I do.

Dream of me on top of another man in bed, naked. Dream about me on a plane (while you are home with the kids) hooking up and going back to the hotel of a hot guy and then contacting him later to try and meet him. Dream of me in a threesome situation with randoms and then coming home and lying about where I have been. Dream of me sitting in the preschool pretending to work while I try to contact and meet as many men as possible. Dream of me looking at pictures of men on the computer every day because obviously you are not doing it for me. Then wake up and thank god that they are just dreams. But for me, they are real. And I dream about them nightly…still.

So where is this all going….well, something happened. I started to notice a change in you. Not a fake pretend attitude to make me think that you were okay, but rather a real change in you. Sometime mid-April we were in the kitchen getting ready for dinner. The kids were all crying, and in the past I was the one to stay calm as your stress level would rise. Instead I watched you laugh it off and you seemed very calm. Before when you got off work, I would have to be very careful about things I talked to you about because one thing could trigger a stressed out reaction. All of a sudden, I felt like I could talk to you about anything. And for the first time in three years, I did not feel like something was wrong in our marriage.

Suddenly it seemed that I stopped thinking three kids was so much work, whereas in the past I blamed the kids for our stress. Although I still thought I should leave, I was finding myself falling in love with you all over again. It was like the 1000 pound weight that had been causing stress and unhappiness was being lifted off, and the person I fell in love with was underneath. Only this person was even better.

How was this possible? I had always sworn that if you cheated on me even once—one kiss even—that I would be gone. But by the end of April, I was actually considering staying. Now here we are in July with our 14-year anniversary approaching. SO where am I now…where are we now?

Well, I can say honestly that I feel like I have a new husband. I have found a man that is loving, sensitive to how I feel, an amazing father, and someone who truly cares about me. On that note, I feel like we should be celebrating our two month anniversary because that was when this change really started happening. I look at you playing with the kids or even standing across the room watching TV and think about how amazing you are and how much I love you.

I have not felt like this for many, many years..if ever…to this extent. There is another side, however….I still think about things that happened all of the time. Not by choice, but because I can’t stop. I still have my nightmares every night. Saturday night was a challenge…while we were together that night, I thought four times “I wonder if he did this with any of those girls” and “Were they better than this” and “I wonder if he is thinking about one of them now.” Obviously I was able to suppress those thoughts long enough to have fun, but the thoughts are always there. Just as the sick feeling in my stomach is every time you leave town.

I honestly believe that you’re in control, but it is impossible to trust you 100% yet. And I worry every time I get one of my e-mail/website updates as well. I hate feeling like something may be there. As much as I love you, I still hate what you did and hate the fact that I don’t know when the trust will be back. How ironic that as you finally become a whole person, I am now the one with the alter egos.

I have the dominant one that is falling in love with you again, probably loving you more now than ever, and the one that I am trying to push away that can’t stop obsessing about the past, bringing light to the extent of what you really did to me. So that is where I am now. I love you so much and I thank god daily that you found George.

He not only helped you with this condition, but he lifted the weight that had been crushing the real you for years. No longer am I thinking that leaving you would be a good option because you have become the man of my dreams. Now I just have to get the old you out of my nightmares.

I have decided to skip the card this anniversary. Obviously “Life has always been so much better with you in my life” is not the case, and “I know we will be together always” can not be promised. The card I would want to get would say something like this…. Life has not always been perfect. We have been though a lot together, but somehow we made it through. Let’s not focus on the old memories. Let’s make new memories together for the rest of our lives.

I love you…and for some strange reason, I feel deep down, that I always will.

We Can Help You Too