Integrating the Smoldering Embers of Shame

Integrating the Smoldering Embers of Shame 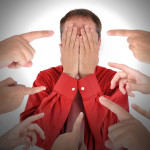 “I don’t like green things!” Little Jimmy didn’t want to eat the vegetables on his dinner plate. His parents were exasperated. “Do you know how hard your mother worked to shop for this food for and cook for you?” asked Jimmy’s father. “You should be ashamed of yourself. Go to your room. Now!”

Almost all of us grew up with shame. It may have been used in your childhood to encourage acting in a more “acceptable” way. It’s not that our parents or other authority figures were deliberately making our lives worse. On the contrary, they thought they were doing the right thing and were most likely passing on the shame they had experienced in their own childhoods. The problem arises when a child cannot discern between doing something shameful and being shameful.

Sometimes, when we’re shamed, we no longer think we made a mistake. Instead, we believe we are a mistake. As social researcher Brene Brown has noted, you can feel ashamed about something you did and there’s also a shame you can feel about who you are.

The shame about who you are is the most damaging. If you believe you are shame, as opposed to doing something shameful, then you are most likely destined to promote shame in your life.

Let’s say little Jimmy who didn’t want to eat his vegetables acted out as a teen. By then, he was the oldest of three children and not getting the attention he had when he was the only child. Jimmy and a friend decided to set off a boatload of fireworks at once. Of course, something went wrong and Jimmy’s friend almost lost an eye. The boys had to admit what they had been doing. Jimmy felt shame. But the shame he felt wasn’t just because he had done something he wasn’t supposed to do and his friend was injured. Jimmy’s current shame was preceded by the unresolved shame he carried with him from earlier in his childhood.

Jimmy’s parents recognized that there was a problem. They took Jimmy to a counselor. The focus of the sessions was on the acting out Jimmy was doing. In addition to setting off the fireworks in a dangerous way, Jimmy had been unnecessarily hitting his younger siblings.

Jimmy was at first defiant, and gradually understood and admitted to the guilt and shame he felt about hurting others. The therapist coached Jimmy with coping skills, such as how to “let off steam” in a more productive way through sports. The immediate focus was on Jimmy’s current acting out behavior and did not trace the roots of Jimmy’s shame that were buried in the past.

This unintegrated shame from in the past is similar to smoldering embers in a fire. If the right circumstances occur, such as a breeze, the embers erupt into flames. If we think of the embers as shame, and the breeze as acting out behavior, we can see how the shame from the past can “reignite” into shame in the present. However, if the embers were extinguished -- the shame more fully integrated, then there would be less risk of reigniting the new fiery feeling of shame. 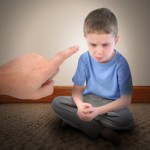 A big step for Jim was when, in counseling, he was able to understand and integrate the unresolved emotion from his past, such as the shame “little Jimmy” experienced in childhood. Once he saw and felt this, the adult Jim was he truly able to get free of the primary reason he had acted out in various ways – the shame from his past that preceded the shame of his more recent acting out. 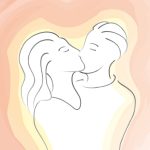 By freeing himself from the false beliefs he had taken on in childhood – feelings that little Jimmy still had, and releasing the emotional pain he felt about believing himself to be shameful, Jim’s desire to act out diminished. In other words, through integrating the source of his shame in sex addiction recovery, Jim truly began to free himself from the desire to act out in ways that would “reignite” the shame he already had.

Once the embers of shame from Jim’s past were integrated and less likely to erupt into flames in the present, Jim naturally and automatically made decisions that enabled him to change his life and be comfortable with and capable of giving and receiving love in a truly intimate relationship with another human being.

If you can relate to Jim's story or need help with sex addiction recovery, please reach out to Neulia Compulsion Solutions today!