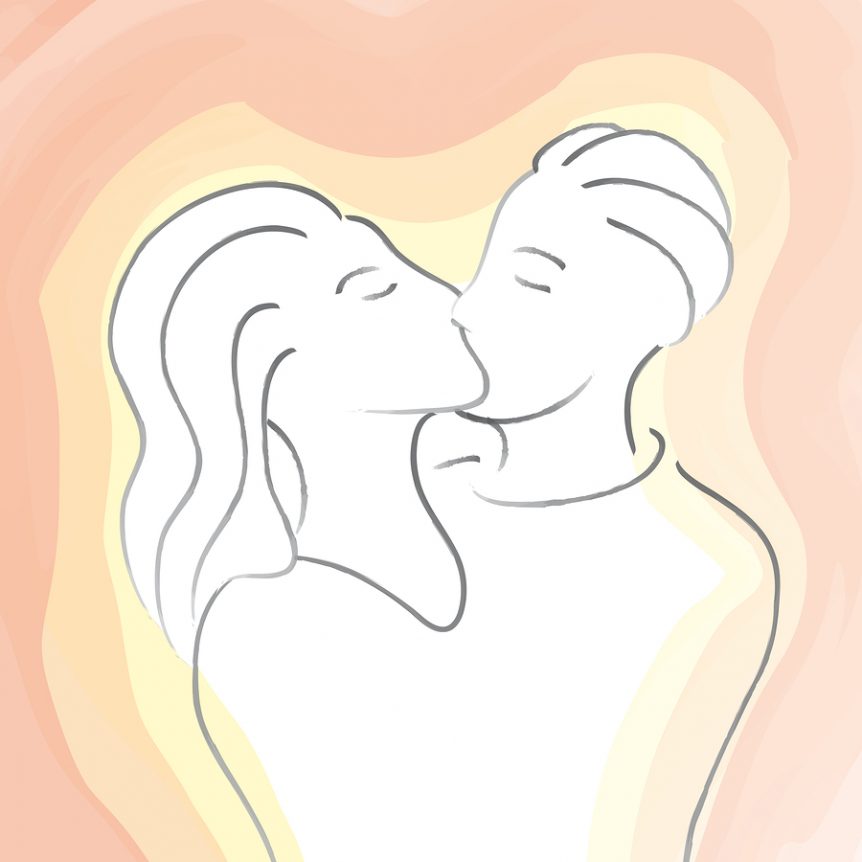 This is something that a lot of guys deal with. It’s almost viewed as a type of rejection. You yourself express appreciation for your spouse by wanting to have sex with her. When she doesn’t reciprocate the same way, you interpret that as a problem. Perhaps you panic thinking that she finds you unattractive, doesn’t enjoy you sexually, or is perhaps interested in someone else.

You and Your Partner Have Different Perspectives

Certainly not all men are like this, but the majority of men I work with do place a lot of emphasis and importance on sex. Perhaps it’s something you want all the time and you feel that the only reason you aren’t getting it all the time is that your wife doesn’t seem up for it. Sure, you ask and initiate, but you just wish she would too.

When your wife walks down the stairs in a cocktail dress you might turn around and say “Wow! You look great,” but your meaning is really “I want to have sex.” Whereas you may come walking down the stairs in a tuxedo, your wife may also exclaim about how great you look, but it might not mean anything other than that. You look good, she appreciates that, end of scenario.

The problem is that you are looking at that scene only from your perspective. When your wife walks into a room looking particularly beautiful, you want to show your appreciation to her through sex. When you walk into a room and your wife tells you that you look great, you naturally assume that sex must be coming next, but then it just… doesn’t.

You have two choices here – you can open up a line of communication about how you’re feeling and really listen to your wife’s responses, or you can catastrophize the situation and let your self-consciousness tell you that you are unwanted.

Which of these sounds healthier to you?

Your wife might be very attracted to you. She might see you as one of the best parts of her life. She might even be responsive to you initiating sex. You two might have great intimacy together where you really feel like you are making a meaningful connection. Why then doesn’t she ask for it more often?

There are a couple of things going on here that men need to understand.

The problem is, you won’t know what’s going through your wife’s mind until you talk to her about it. Even though she loves you, and even though she might be very attracted to you, she still might not make that leap to initiate sex. This is where communication comes in.

You Have to Keep Talking to Each Other

Here’s how the scenario usually goes: a man is upset that his wife is not initiating sex frequently enough. They talk about it once, she begins making an effort, but old routines and mindsets settle back in after a week or two, and things go back to the way they were.

Now, if you are looking at this objectively, it’s easy to see that what happened here was that the lines of communication closed off. Communication is a continuous thing, and you should be constantly checking in with each other.

Of course, if you are only reacting emotionally, you will see this as a rejection. You will feel self-conscious, inferior, embarrassed, even angry. This is where the problem begins. Your wife may not be thinking about sex all the time, but she can certainly tell when you are in a bad mood. She senses the negativity rolling off you, perhaps she internalizes some of that negativity herself, and now you two are spiraling downward for no good reason other than “We only talked about it once.”

Withdrawing from one another never works. Hard feelings are impossible to overcome without communication. We tend to pick the worst-case scenario and declare it true. “She’s not initiating because I’m ugly,” or “She must have found someone else.”

Meanwhile, she’s sitting on the other side of the room thinking “He’s angry because his addiction is getting the better of him again,” or “I can’t believe he doesn’t appreciate how hard I’m trying.”

This is why it’s so important to not only keep open communication with each other but for both of you to talk to a therapist or attend sex counseling for couples. Sex and marriage are two hugely important topics, and sometimes when you try to hash them out on your own, you wind up going in the wrong direction. Communication should be a binding activity but remember that communication is also a skill.

If your biggest concern in your marriage right now is that your wife won’t initiate sex, things may not be nearly as bleak as you fear. It’s probably just a matter of you and your wife needing to sit down and talk it out — both alone and with a professional.