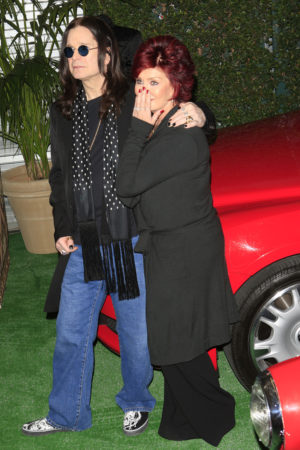 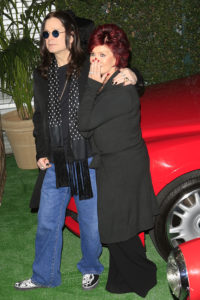 On a recent episode of The Talk, Sharon Osbourne spoke openly about her husband Ozzy’s sex addiction. Not only did she confirm that he is grappling with sexually compulsive behavior, but she mentioned an intense rehab therapy regimen he is following. During his tours, he will be seeing therapists in an outpatient capacity for three months, but when his tour is over, he intends to spend three months as an inpatient. He will follow that up with more outpatient therapy yet.

I’m proud of the Osbournes for coming forward, not only with Ozzy’s addiction, but with a refreshingly realistic look at what recovery can look like for some. There seems to be a persistent notion, especially in Hollywood, that sex addiction isn’t even real, let alone deserving of such serious treatment. So when people like Terry Crews, Tiger Woods and now Ozzy come forward to say “Yes, I’m really suffering, but yes, I’m really working on it,” it makes me hopeful that more people will begin to take this condition seriously.

Why is this so important to addicts? Let’s consider the following…

Sharon has been very candid in the past about Ozzy’s tendency to philander. In fact, she once spoke about a time when she caught Ozzy in bed with two nannies. This is the kind of discovery that would shatter most relationships, and we can never truly know how this affected the Osbournes.

What we do know is that Ozzy didn’t stop this behavior. He has entered this treatment program only after being caught again; and this time, it nearly cost him his wife.

Addicts like Ozzy are at the mercy of their compulsions. Even though he was caught in the act by his wife, it wasn’t enough to “scare him straight,” as it were. He continued to have affairs even though doing so put him in very real danger of losing his marriage, his family and his career. The disorder is progressive, and it will only get worse unless treated.

Like many other addicts, it seems that Ozzy hit rock bottom, and then sought real help.

As I mentioned before, there is a notion among media types that sex addiction may not even be real. This often comes up when a celebrity like Ozzy enters rehab for the condition, but is then mocked in the press. Their favorite theory to trot out is that treatment is somehow disingenuous; that when celebrities get caught having affairs, they quickly need to paint themselves as a victim to avoid scorn.

It seems like it’s part of Sharon Osbourne’s nature to tackle problems head on, and not shy away from talking about them publicly, but that doesn’t mean she likes doing this.

We need to remember that at the base of this problem, after stripping away all the fame, there is a husband and wife who are hurting. There are children who are hurting. In Ozzy’s case, he even has a heartbroken mistress he’s left in his wake. Sharon has been very up front about how hard this has been on her, and her children.

She is letting us see the aftermath of a sex addiction in all it’s rawness.

Sex addiction affects so many more people than just the addict himself. In Ozzy’s case, his children are suddenly in the press thanks to his behavior. When they are stopped on the street by reporters, they want to know how they feel about their father’s affairs – and they had absolutely nothing to do with it. No family member should have to deal with that kind of stress, but they do. It happens all the time.

Ozzy chose rehab and treatment in part because he owes it to those who love him.

If Ozzy Needs Therapy, Then So Do You!

Here’s the bottom line. Someone as famous as Ozzy Osbourne, with all his money, influence and connections, was still brought low by his compulsions. Sex addiction is serious. You can’t buy or charm your way out of it; you have to face it head on.

When a celebrity openly admits to their struggles, it gives me hope that others will feel emboldened to seek out the help they need.