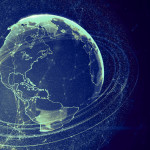 When Patterns Turn Into Addictions

For example, Henry had a story he subconsciously believed about himself that he was lacking in some way or was not as “good” as others. This story was played out in scenarios of what is generally called low self-esteem. As a way to cope with these negative feelings, Henry turned to the “high” or “rush” he got while watching pornography.

1. Notice when you are in an addictive pattern based on a story you have about yourself. Consciously choose to break the pattern by refusing to engage in the addictive behavior and, instead, do something positive such as taking a bike ride, working out, or meditating.

4. Give yourself positive rewards after making positive decisions. Positive reinforcement has been shown to be effective in behavioral changes. As you consciously decide to less time in negative patterns of addiction and more time in positive patterns, reward yourself with your favorite food, a hike, or listening to music.

5. Set up a reminder to help you remember to make a decision to engage in positive patterns rather than addictive behaviors. A post-it note on your computer can serve as a reminder. A rubber band around your cell phone could be a reminder.

You Are Not Your Patterns

Although you may believe that you are the habitual patterns that you’ve had all your life, they are not your true identity. In other words, the patterns are actions you take. They are not who you are. Most people allow their patterns to become unconscious automatic reactions which can take the form of coping with uncomfortable emotions. For example, sexually compulsive behaviors are typically coping actions.

A step to stopping such compulsive behaviors is to be continuously alert to the choices you make. Notice when you are in the well-worn groove of a negative pattern. Consciously choose to step out of the negative groove and begin to form a new and positive pattern that results in a healthier lifestyle and a happier you.