It can be difficult to meet people sometimes. Our multitasking culture demands more of our time than ever before, and that means longer workdays, less vacation, and far fewer opportunities to bump into “the one.” So, in this regard dating apps seem inevitable. If we can’t be out in the real world looking for relationships, we can at least facilitate connections through technology.

Or at least that’s the healthy way of looking at dating apps. If you’re a sex addict, these things are bad news.

Here’s Why “Quick Hookup” Apps like Tinder are Particularly Dangerous 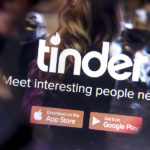 Dating apps are one thing, but these hookup apps like Tinder are quite another. For those unfamiliar, the way Tinder works is by showing you a rapid-fire succession of people in your area. If you like them, you “swipe right” to indicate your willingness to be contacted by them, and if not, you “swipe left” to pass.

Here are the main issues caused by these apps.

Secondly, many people tie their self-esteem to the app completely, and look to Tinder for validation of their own attractiveness or worthiness. This causes them to conflate the idea of a successful hookup with their personal value. Likewise, if they feel they aren’t getting as many matches as others, they might suffer from even lower self-esteem.

No Effort or Relationship Navigation – Beginning a new relationship requires a lot of work on the part of both parties. It requires you to be vulnerable and honest. It means you will have to let another person see into you, and learn what kind of person you are.

It Can Escalate an Addiction – Sex addiction is a progressive disorder, and it isn’t long before the addict finds himself visiting prostitutes or massage parlors. If you don’t think there are any people on Tinder or similar apps using the platform as advertisement for paid services, you’re very mistaken. An app like this can put addicts directly in touch with the next step in the escalation of their addiction.

With all this in mind, let’s take a look at how healthier relationships ought to work.

Sex is the Byproduct of a Committed Relationship

Sex is a very important part of life, but for an addict, that importance can become more like an obsession. It becomes the entire point. It’s the only reason worth connecting with anyone.

With apps like Tinder, you can get right to the sex, because you can easily find other people willing to do so. But what you’re forgetting is that sex is the byproduct of a committed relationship. Believe me, you can just have meaningless sex – it’s possible – but the consequences can be monumental in many ways. We as human beings are not set up to go from one person to the other without emotional attachment or meaning.

In other words, this kind of app appeals to people who have emotional trauma — people who can’t see the person beyond the body parts. It’s normalizing behavior that ought to be troubling under normal circumstances. They’re reassuring people with crippling addictions that it’s okay to behave the way they are.

The word “sacred” might seem corny to some, but sex and intimacy in a relationship are just that. It should be given a high value in your life. Remember that intimacy can also mean “into me you see,” but you won’t see into anybody if you’re behaving like an addict. You will miss out on connecting with another person on that spiritual level.

These apps are so accessible now, and so accepted, you might not have realized until now how compulsive your actions have become.

But if you’re wondering, if you have concerns, they’re worth paying attention to. Start looking at your history. How have you been approaching dating apps? Drop into a quiet place and be honest with yourself. If you’re not liking the answers, it may be time to talk with someone.

Apps like these can be habit-forming, and habits are incredibly hard to break. What we hear, see, taste, touch, and smell instantly turns into thoughts, feelings, and actions. You may have become conditioned to behave compulsively when it comes to sex, and that means you’re headed down a dark path. There’s nothing good for you there.

We can work together to uncondition you. You’re missing out on meaningful relationships, intimacy, and love, because you’ve replaced their importance in your life with sex. I’ve helped many men break out of this cycle – yes, even though these dating apps are everywhere. There is life after Tinder, and it’s wonderful.

Consider this your invitation to speak up and ask for help.