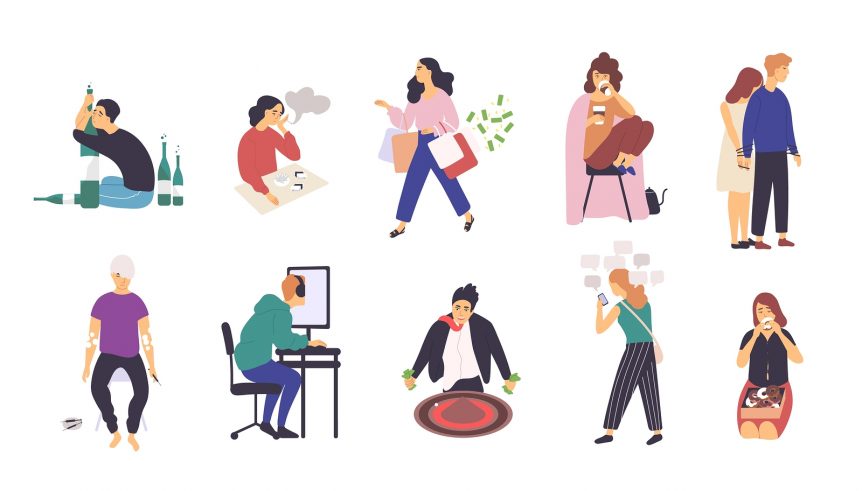 You’re probably not going to like what I have to tell you, but I’m asking that you hear it nonetheless. So, here it is:

Even though you are in therapy to help cope with being a sex addict partner, you may have developed compulsive behaviors of your own, and those behaviors may be holding you back from making meaningful progress.

I get it. We’re here to talk about his problem, his infidelity, all the ways in which he’s hurt you. That’s still true. However, if we don’t take some time to step back and look at ourselves in the mirror, we might miss the fact that we sometimes work against ourselves without meaning to.

It’s time for a gut check. Let’s walk together, stand in front of that mirror, and look at what it has to show us.

Compulsive Behaviors Cause You to Repeat the Same Mistakes

You might be showing up at therapy with every intention of putting in the work and progressing beyond the pain of being a sex addict partner. But what about all those hours when you’re not in therapy? Is your behavior constructive or destructive?

Some compulsive behaviors to watch out for in yourself:

Self-soothing is an important life skill. It’s how you manage to calm yourself down before a big presentation or work through an upsetting situation. The problem is that sometimes our culture of instant gratification can cause self-soothing behaviors to become distracting and negative, and this creates a whole slew of problems. Self-soothing behaviors need to be healthy. If yours are not, your therapy isn’t going to progress.

Let’s look at this logically. You sought therapy in the first place because your partner needs sex addiction help. This means that you’ve been in a stressed condition for some time. When we’re stressed, what we need is meaningful self-care, but many women struggle with that concept. Instead of taking the time they need to work on their issues constructively, they deny themselves the attention they so desperately need and instead reach for the next easiest thing. Maybe it’s the refrigerator, maybe it’s a new boyfriend, maybe it’s whiskey, maybe it’s your credit card. The point is, none of this is actually helping you. It’s merely soothing you momentarily. It’s exactly the same kind of behavior that your partner exhibited with their sex or porn obsession.

Now, that’s very hard for some women to hear. I get it. The thought of comparing yourself to a person who hurt you so gravely is very confronting. You’re not “as bad as that guy!” “That guy” lied to you for years. “That guy” ripped your family apart. Yes. All true.

But it doesn’t mean you’ve been given permission to behave however you want in his wake.

If the time you spend outside of therapy is being eroded by worry, by obsession, by constantly checking up on his behavior, or by fear, the fact of the matter is you are not healing.

Sometimes compulsive behaviors develop so subtly that women don’t necessarily realize what they’ve done. “Sure I shop a little, drink a little, look through his phone every now and then — it’s not like I have a problem!”

When women don’t take the time to examine their own behavior, they don’t realize there’s a problem and after a few months of stalling out, they definitively declare “therapy isn’t working.”

Believe me when I say we are pros at denial. It’s hard to take a look at yourself truthfully, especially if you’re already stressed out by living with sex or porn addicts. But it’s so important that you take this step and that you pinpoint areas where you may be developing compulsions of your own. It’s hard to hear this and not immediately get defensive. You probably feel like some sort of bait and switch has happened. You came here to work on him, not you. Well, I’m here to tell you that we’re here to work on you. If you can meet me halfway on that, we will make true and meaningful progress.

I urge you to look at yourself honestly, and I urge you to keep up your therapy. This is not a “drop-in” kind of issue. What you’ve been through requires serious work, and that’s exactly why I’m here. If you haven’t been coming consistently, or if you stopped coming entirely because you felt that things weren’t working out, consider this your official invitation to come back, and to keep coming back regularly.

If you are concerned that being partners of sex addicts has caused you to develop compulsions of your own, reach out for help. I can’t promise a quick fix, but I can promise a fix if we both sit down and really work on this.