Codependence: What It Looks Like, And Why It's Dangerous

Codependence: What It Looks Like, And Why It's Dangerous

On the surface, the word “codependence” seems like it might mean something pleasant, or at least benign — like two people depending on each other. However, if that's its meaning, then why are so many women's magazines featuring it in dire headlines, or offering you dozens of quizzes to discover if you might be in a codependent relationship?

There’s something less than benign behind the word. While the “co” part seems to indicate reciprocity, the reality is exactly the opposite. Codependence means you depend on another person almost entirely, regardless of whether or not they depend on you. In fact, codependent relationships are often incredibly one-sided.

So many women find themselves holding the weaker position in relationships, thanks to codependence. When a woman feels (or is made to feel) like she must be enmeshed with another person in order to matter, that creates an immediate lack of equality in a partnership.  Her partner must not leave. He must stay involved with her at all times in order for her to feel needed.  Whenever this partner displays behavior that seems dismissive or uninterested, the codependent woman immediately begins swimming in her own self-doubt, and a vicious cycle begins.

When you feel like you are nothing without someone else, you immediately give over all your power, identity, and purpose to your partner. You are – without meaning to – continually reinforcing the idea that you and everything you are is meaningless without this person.  It's unhealthy for you, and toxic to the relationship.

I’ve worked with codependent clients and partners of sex addicts for years and their stories often follow a similar pattern. One client, in particular, had an experience that perhaps many codependent women can relate to. She was in the process of a very messy and drawn-out divorce when she met someone new and began dating him. She threw herself into the relationship entirely and immediately because she needed that level of connection in order to validate herself. 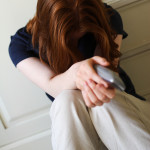 Her new partner, who was also recently divorced, was not ready to get into a relationship that intense, because he realized he was still in love with his ex-wife. He (wisely) decided to break off the relationship so that he would not lead my client on. While those of us not emotionally entangled with this man might feel he made a good and ultimately kind decision, but my client was crushed. Her feelings plummeted past the normal sadness that comes along with the end of a love affair and crashed down to an empty depression. For her, this is what codependency looked like.

Codependency is a complex, and layered system, but there are still a few universal behaviors that we look for as therapists who focuses on partners of sex addicts.  If any of the following sound you, it's possible you're in a codependent relationship:

* I'm miserable because he didn't call or text me. Doesn't he know I'd love to hear from him?

* He's not paying enough attention to me. Do I even matter?

* I can't leave the phone for too long (to get a shower, to concentrate on work, to go out for a jog), because he might call.

* I'm biting my nails, picking skin, pulling my hair, or doing other destructive things because I am so upset thinking he might not love me enough.

* My relationship recently ended and I am constantly obsessing over it. Others feel I should have moved on by now, but I haven't.

* I want to talk to someone about how I feel, but I don't know who to reach out to. I have trouble connecting to people unless we're in a serious romantic relationship.

Obviously, these are just examples. They may not apply to you directly, but I ask you to look at the theme running through all these bullet points: You are writing yourself off.

One of the biggest challenges I face as a therapist who works with partners of sex addicts is getting codependent women to realize and assert the fact that they do matter.  They have hopes, dreams, goals, interests, direction and worth of their own, but teasing that out of a woman in a codependent relationship can be a very long process.

If You Think You Might Be In A Codependent Relationship...

The first thing I want to do is congratulate you for taking this enormous first step. You’re investigating. The second thing I want you to do is to reach out to me at Neulia Compulsion Solutions.

There’s no black & white “cure” for codependence.  Every woman experiences her relationship differently, because she’s an individual, and deserves individual attention. Recovery from codependence and being partners of sex addicts is a process, and not an on-off switch.

You are not alone. We see women with stories similar to yours quite frequently and they are all struggling with the same emotions you are. What we aim to do at Neulia Compulsion Solutions is give you back your sense of individual worth and direction. You’ve already taken the first step by seeking out info.  Let us help you take the next one.

4 comments on “Codependence: What It Looks Like, And Why It's Dangerous”