Can You Live Without The Compulsion?

Can You Live Without The Compulsion?

The Difference Between Basic Needs And Compulsive Needs —

A compulsion is rooted in an emotional desire to feel better, to cope with an uncomfortable feeling, or to escape from one’s feelings or current situation. For example, if you feel the need to be loved or accepted, that need is never going to be satisfied by eating, drinking, or sex. But how do you distinguish between what could be called a “basic need” such as hunger, or thirst, or sexual desire and when such needs are a compulsion or “compulsive need”?

One distinction is that giving in to a “compulsive need” offers temporary comfort, but typically leaves a residue of shame. Therefore, if you satisfy a hunger and you feel fine afterwards, you most likely are not exercising a compulsion. However, if you feel guilt or shame, you most likely have given in to a compulsion.

Can You Live Without a Compulsive Need?

The simple answer is “Yes.” But how do you do it? How do you live without the compulsion? You’ve had it with you so long that it’s like a loyal friend or, well, a not so loyal friend. It’s a “friend” who acts as if he’s helping you but is really stabbing you in the back. 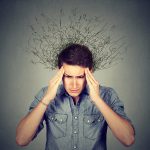 So why do you give in to the compulsion? Perhaps because your “friend” the addict talks to you in ways that have you believe you need to act on your sexual compulsion. But do you really? Can you live without the compulsion? Everyone has needs. There’s no shame in having a need. However, as described above, at times a compulsive need masquerades as a basic need that you believe must be fulfilled. That’s what spells trouble.

It’s as if the compulsion – which has great negative impacts on your life – has put on a smiley face mask and is presenting itself as a loyal friend who is only here to innocently help you feel better. It’s a “friend” you may turn to when you’re uncomfortable in any way. However, the truth is that your compulsion is not the type of basic need, such as hunger or thirst, that must be fulfilled.

Knowing When a Need is Rooted in Compulsion

Here are a few questions to get you started:

Your Addict Voice May Lie to You 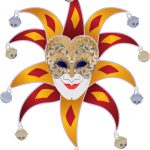 Unlike taking action to satisfy basic needs such as hunger or thirst, behavior based on needs rooted in compulsion has negative consequences. Compulsive needs are needs that you can live without. The choice is always there.