Can “Looking” be a Symptom of Sex Addiction?

Can “Looking” be a Symptom of Sex Addiction? Can “looking” or ogling be a symptom of your sex compulsion? Does looking trigger you into deep fantasy leading to compulsive sexual thoughts that won’t stop until you act out? Often times “ogling” is a step in the wrong direction for sex addicts, leading to other unhealthy sexual behavior. It hurts spouses too - the web is chock full of articles from the women’s perspective describing the hurt caused by excessive ogling. In fact, a Google search of “ogling and cheating” pulls up ads for cheating website Ashley Madison.

Excessive ogling is not healthy for either partner — especially when sexual addiction is involved. That’s why we developed a series of tools to help sex addicts avoid this trap. Can looking be considered a compulsive behavior — one associated with sexual addictions?

The Science of Ogling 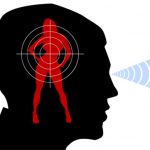 Science says that checking someone out is driven by an evolutionary mechanism rooted in our biology and the quest for the right mate to ensure offspring, says Robert L. Trivers in his famous Parental Investment Theory, which predicts which sex will be the fast, indiscriminate mating sex and which sex will be the more discriminating sex. This doesn’t mean that this is healthy behavior, however, when someone is struggling with sex addiction or sexual compulsion behavior. One study claimed that ogling triggers the brain’s reward system and that men react to women’s bodies like they do to drugs and alcohol and literally get high. This is particularly significant for sex addicts.

The Traits of the "Looker"

We’ve all seen “that” guy. Maybe you are that guy. The one who rubbernecks while driving to look at an attractive woman. The guy who routinely cranes his neck in the restaurant to follow somebody’s form as they make their way to their seat or to the exit. Men are visually-based creatures and respond to what they see more strongly than women, and science says that this behavior is rooted in evolutionary biology.

Lookers think that they may possess what we call x-ray vision: a fictional belief that they can actually see what is under women’s clothing. Our clients notice during these times that they stare the longest and fall more deeply into a trance. Oftentimes they are not even aware that they are staring at somebody. Wives or partners of sex addicts often complain about this looking behavior — and how they feel it reflects on them. We try to help our clients understand how this looking makes their significant other feel.

How To Work With the Overactive "Looker"

Here are some tools we give our clients to avoid objectifying women and triggering addictive thoughts and behaviors.

A simple intervention is to use a two-second rule. This is essentially a self-monitoring tool to establish some control and boundaries around the looking. If this sounds awfully close to something you would do with a child — to set limits on computer use, watching television, etc. — you're right, it is. This behavior is young and regressive. Most avid adult lookers have been doing so since childhood. When a person notices that he is indeed looking too much, he then gives himself “permission” to look one time and one time only, but only up to two seconds. The idea is if you are aware enough to slap a limit on the looking, then you are aware that you are crossing the line.

Other Women’s Body Parts Are Not My Business

Reminding our clients the body parts of women they do not know or are not involved with are none of their business presents another valuable reflection. Men reveal that they often feel obligated to look, as if it’s a job, or they worry that they will miss out on something. A simple reminder, or mantra, is to remind yourself that a woman with whom you are not intimately involved is none of your business. She may not even know you. She did not wear those clothes for you. She does not welcome you. You do not need to look.

She Is A Person

Obsessive ogling usually involves objectifying. Notice what you are saying (internally or out loud). "Look at those breasts!" "How about that butt." "Check out those legs." The list goes on. Remind yourself that object of your fascination is a person by lending her some humanity. Remember that she is somebody’s daughter, someone's sister, somebody’s mother. She is somebody. She is not an object.

Noticing when you cross the line and your looking takes on a more obsessive, out of control bent requires both awareness and practical tools and interventions to “snap” yourself out of this particular trance that can only hurt your sex addiction recovery.

97 comments on “Can “Looking” be a Symptom of Sex Addiction?”