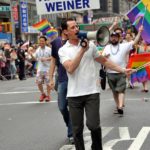 Anthony Weiner has found himself back in the spotlight in recent days, thanks to yet another sexting scandal.

A memory refresher: Anthony Weiner was a congressman who first found himself in trouble back in 2011, when a picture of a man in his underwear was sent out from his Twitter account. After a few days of evading the press, and implying that his account must have been “hacked,” he admitted that he had been sending explicit texts and messages to several women (none of whom were his wife). His Tweet was intended to be a personal message that he accidentally made public.

This behavior prompted him to step down from his position in congress five years ago. It seemed like he may have been seeking some help, although nothing really concrete was mentioned. A few years later, his bid to run for mayor of New York backfired when yet more explicit messages were made public.

Now, a full five years after his first scandal broke Weiner finds himself back in the news again; this time thanks to a “sext” photo that he appears to have sent while he was in bed next to his sleeping, 4-year-old son.

This transgression was the final straw for his wife, who is leaving him after years of staying by his side.

I Treat These Behaviors All the Time 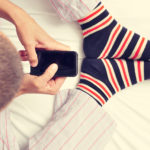 Now, Weiner isn't a client of mine, so I can't comment on him, specifically. But what I can comment on are behavioral patterns I see all the time. The recurring, compulsive actions. The continued risk-taking despite the fact that his job, and his family hang in the balance. Clumsy attempts to make excuses for addictive behavior. These are classic traits of a sex addict.

A sex addict has tapped into a very primordial urge, but that urge has hooked itself up to their brain in the wrong way. This usually happens when sex becomes a self-soothing mechanism for a young person who has been through abuse, neglect, or any other situation that would cause a wounded self-esteem. When he realizes he can provide himself with an orgasm, an addict's brain will begin to seek that out in response to all stress and negativity in his life. It becomes compulsive, and he can't stop.

The risks that addicts take while chasing this addiction are enormous, because they are unable to think clearly. They are constantly chasing the “euphoric recall” of an early sexual experience. Just like with any other addiction, when you're looking for a fix, you're oblivious. The only real difference between sex addiction and drug addiction is that there's no orgasm at the end of a heroin needle.

You Can't Just Talk Through This

That's why all of us here at Compulsion Solutions use techniques and tools that bring you face to face with your addiction, so you can realize your ability to regain control, and take your life back. We want you to “take our jobs,” as it were. We want you to gain the ability and power to become your own therapist.

The reality is that you can't depend on anyone else for your own sobriety. It has to come from you. We know this, because each of us here have battled our own addictions, and won. We have been where you are, suffering horribly and afraid it won't ever end.

When I read stories in the news like the one about Anthony Weiner, I can't help but feel upset. Like so many addicts, he's lost jobs, he's hurt those he loves, and his marriage is over. I wish he would have reached out to me, or someone else using real techniques, to address sex addiction. If he had, there’s no question that he would have turned his life around.

You have that opportunity though. You can reach out right now for help, before something irreversible happens. We are here, and we can teach you how to do it.