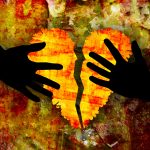 Disclosure, the process in which your sexually addicted partner lists out every way they abused the trust of the relationship, is an incredibly emotional process. In and amongst all the hurt, betrayal, and even numbness you may be feeling after hearing your partner’s disclosure, there lurks another, wholly unexpected emotion: a strange sense of power.

In going through the disclosure process your partner has essentially thrown himself at your mercy. After months, or possibly even years of the power in the relationship being tilted away from you, the scales are beginning to even out. Now, he needs you in the same way you always felt you needed him. Suddenly, he’s the one feeling anxious about phone calls, and wondering where you are. Suddenly, he’s experiencing what it’s like to fear rejection. What if you don’t take him back?

For some, these feelings of power can be one of the more difficult aspects of disclosure to navigate – namely because a sense of equality in your relationship is an alien feeling for you. In an effort to help my clients get their bearings in this new position of equality, I typically tell them that they can and should expect any combination of varying emotions including: shock and agony, a sense of revenge, lingering doubt, guilt, and emotional whiplash.

Prior to your partner’s disclosure, you felt hurt in many ways. You felt neglected, rejected, and were suffering from low self-esteem. Because you were unable or unwilling to act on your suspicions at first, you had time to formulate worst-case scenarios in your head, and they were always terrible.
Now, you are feeling hurt in a new way, because all or some of those worst-case scenarios turned out to be true. Before the disclosure, somehow, despite your imagination running wild, you were usually able to convince yourself that things might not be as bad as you feared. However, now that you know concretely that your trust was betrayed, there is no longer an opportunity for you to shake off these fears. In fact they’re not fears at all anymore; they’re reality. You feel dislocated.

You can no longer deny the things you were so desperately trying to deny before.

A Sense of Revenge

He’s texting you constantly, he’s bringing you “no reason” flowers, and he’s generally on his best behavior around the house. He seems absolutely terrified, like a kid trying to avoid detention, and you find yourself thinking, “Good.”

He plans a family vacation, top to bottom. It’s an effort to prove how important you and your children are to him, and he presents it to you like he expects some kind of parade in honor of his good deeds. You don’t give him that parade. In fact, you hardly even smile.

You are exploring this newfound sense of power in your relationship. Watching him squirm is cathartic to you, and you are not normally the type of person to take pleasure in the suffering of others. You feel that you are perhaps being mean, but you can’t stop yourself from continually positioning yourself above him.

You find yourself thinking, and believing, that this is exactly what he deserves.

No matter how shocking, how salacious, or how thorough your disclosure experience was, you cannot shake the fact that he was still not being entirely truthful with you. You wonder if there are other things — more upsetting, more embarrassing, more illegal — that he’s not telling you. He was so resistant to being honest with you for so long, and now you find yourself wondering, “Does he really expect me to believe he’s capable of being completely truthful?”

The disclosure process was supposed to provide some sort of closure, a stepping off point for rebuilding your relationship. But you find yourself completely unable to move past it. You want to revisit it again and again, convinced that if you simply grill him hard enough, he will come clean with more information.

You wonder if your trust has been shattered irreparably. You may be afraid you’ve become a cynical and suspicious person.

The process of disclosure made you feel horrible. You realize that you didn’t want to know those things, because they hurt too much. But because you demanded them, and because he agreed, you are now privy to information you can never un-know. You feel like your relationship might have had a “snowball’s chance” before disclosure, but now you are certain that it is doomed, and you’re certain it’s your fault.

You feel yourself pushing back against the power that is being offered to you. You are undermining your opportunities to rise up, and address your partner as an equal. You understand logically that demanding disclosure was an empowering move — but emotionally, you find yourself regretting it.

You have felt inferior to your partner for so long. Finally standing up for yourself feels wrong in some way. You feel like you ought to apologize.

For three whole days last week, you were absolutely confident that your relationship was unsalvageable. You were determined to seek out a lawyer and file for divorce. It was over.
Then, you found yourself looking through your wedding photos, and you suddenly remembered the fierce love you had for one another. You shake off the negativity, and become convinced that a love like that is worth saving.

However, two days later, after an especially emotional session with your therapist, you simply become angry. You’re angry at your partner for the absolute betrayal he inflicted upon the relationship. You’re angry at yourself for not having enough self-respect to pack up and leave.
After that, you are simply sad. You feel you’re going to be at the mercy of your emotions forever. Whether you try to make this relationship work, or whether you carry this baggage to the next one.

You feel irreparably broken, and it just makes you sad.

Coming Home To Yourself

While these emotions are extreme and unexpected, they are yours. Own them. Some women are conditioned to believe that their emotions make them weak, but I think it’s just the opposite. It’s actually a wonderful thing to be able to know your emotions, and to express them.

You’re coming back to your real feelings, and your real humanity. So many women in troubled relationships have kept their emotions in check for such a long time. They can feel lost when they allow those emotions to come flooding back. It’s what I call “coming home to yourself.”

You must come home to yourself. However you get there, and whatever emotional stops or side roads you explore along the way are a part of who you are. After all, if you do not know yourself, then you cannot answer the question at the heart of every relationship: “Why am I in this?”
Nobody can answer that question but you.